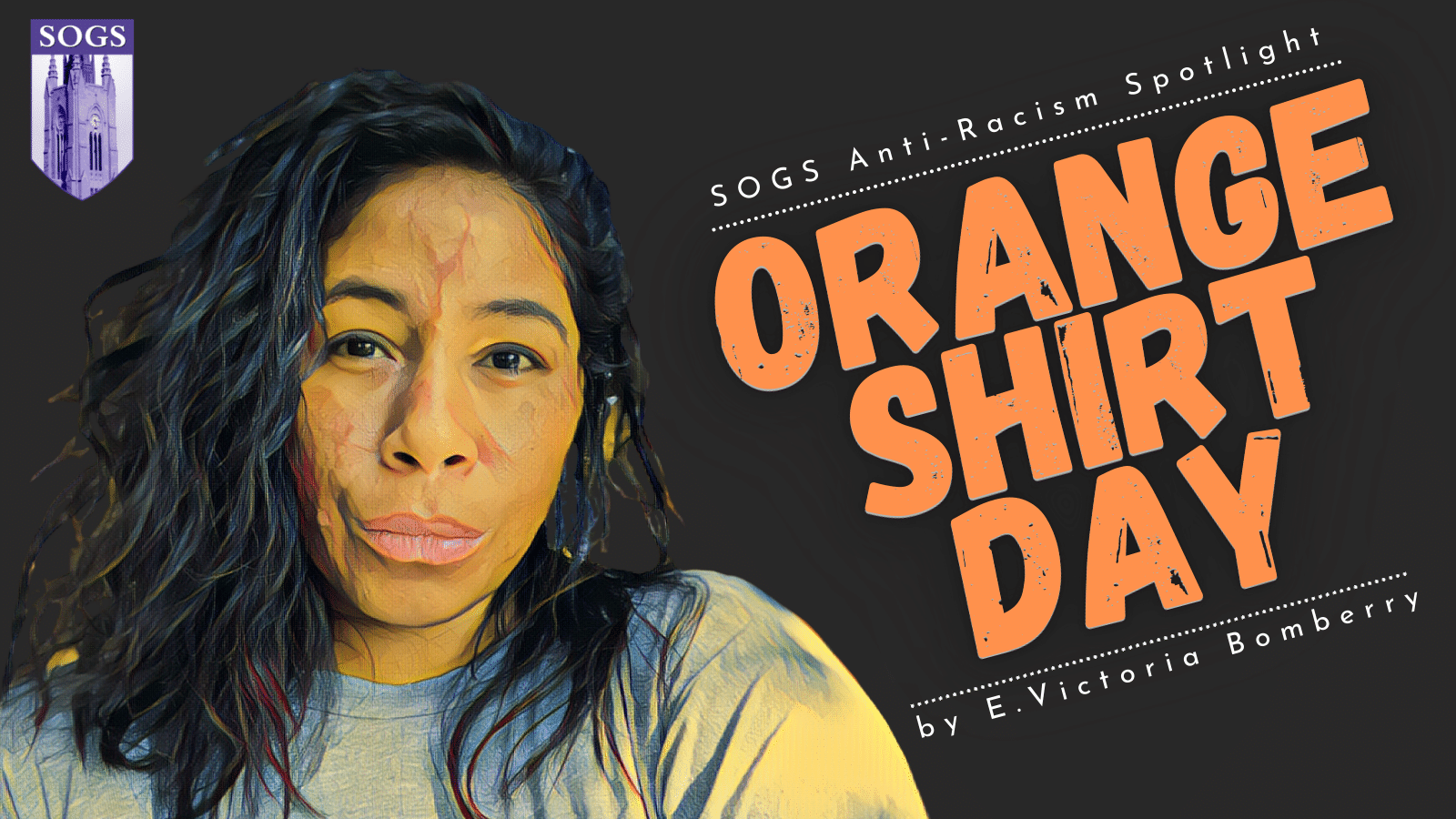 For those not yet familiar with the history and legacy of the Indian Residential School system in Canada, it was a federally backed and church-led program to forcibly remove Indigenous children from their homes and communities to “kill the Indian in the child”. A “cultural” genocide according to Canada.  Genocide is what we call it in my community.

Not only were Indigenous children as young as 3 years old taught to be ashamed of their heritage, many were physically, sexually, mentally and spiritually abused.  And, as seen in headlines throughout this summer, many Indigenous children died at the “schools”.  Throughout the Indian Residential School system era, the Federal government was informed of the horrors of the “schools” by Indigenous leaders as well as their own staff and consultants.   The “schools” remained open from the 1880’s until 1996.

Earlier this year, the Federal government designated September 30th a federal holiday as the National Day for Truth and Reconciliation.  The day is meant to respond to Call to Action #80 from the Truth and Reconciliation Commission, which called for a statutory holiday “…to honour Survivors, their families and communities and to ensure the public commemoration of the history and legacy of Indian Residential Schools remains a vital component of the reconciliation process.”  A few provinces (British Columbia and Manitoba) as well as the Northwest Territories have also chosen to observe September 30th as a holiday.  The province where the largest population of Indigenous Peoples reside (Ontario) has not.

What this means is federal employees will have a full day to commemorate the National Day for Truth and Reconciliation.  Most Indigenous Peoples in Canada will not.  Including those of us here at Western.

Beyond this week, I encourage each of you to continue making the time to learn more about the experiences of Indigenous Peoples by taking part in the 12 Ways to Engage in Truth and Reconciliation at Western.  Share these resources with your family, friends, and networks to help keep reconciliation a priority on our campus and in our communities.

This site uses Akismet to reduce spam. Learn how your comment data is processed.